Published by Allegra on November 24, 2021 in category: Uncategorized 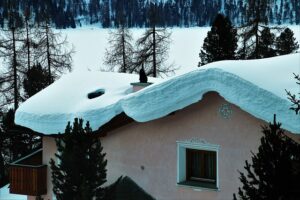 South Alabama’s winter can be extremely unpredictable, and you never know when a ‘snowmageddon’ or blizzard would strike. As winter break approaches, it is important for schools and colleges to keep their facility safe while students and teachers are away.

School and college buildings are at high risk during the harsh winter months, especially isn’t in use and any problems and damages would go undetected. The last thing a school administration wants is to come back to high costs incurred in repairs and replacements.

For this reason, it is vital you prepare a winter checklist for schools and colleges for maintenance so your students can come back to a smooth running facility.

When preparing a winter checklist, you need to keep roof inspection at the very top. Roofs of buildings suffer most damage during the colder months. Since roof repairs and replacement will turn out to be very expensive, you should prepare for any damage in advance. The roofs of most schools and colleges are flat, which means that there will be a buildup of snow, leading to the formation of ice dams.

Accumulated snow on the roof will often lead to leaks and cracks that will allow water to seep into the building, causing extensive water damage. Make sure you tend to any split seams or any other parts of the roof where water could accumulate. Once again, this would cause seepage and that may incur the risk of flooding inside the building.

The fluctuating winter weather of South Alabama will cause the snow to melt and freeze into ice. Both need to be tended to so you can avoid serious damage to the school or college building. You can expect a buildup of snow on the roof and around the building after a blizzard.

You should hire a crew to shovel snow from the roof, walkways and doorways so that there are no blockages. If snow is not removed in a timely manner, it will eventually melt and lead to some serious water damage to the building. Also consider placing transition mats to avoid any slips and falls due to the slippery surface to ensure the safety of students and staff.

It is crucial that your HVAC system is functioning properly so the school or college is properly heated so that students would be comfortable. However, if the HVAC system stops working, the building would go cold, and that’s the last thing you want during the cold winter season.

You should have a professional inspect your HVAC system so that the heater is running as efficiently as possible. Ensuring the HVAC system is in running order will also mitigate the possibility of frozen pipes, pipe bursts and following water damage.

You should keep an eye out for frozen pipes. When temperatures fall, the water inside pipes may freeze, leading to frozen pipes. When there is pressure for the water to flow, this could incur the possibility of a pipe burst. This will lead to water damage inside the building. Water damage restoration can be costly, and lingering moisture could also lead to mold growth inside the facility.

If you detect frozen pipes, you should tend to them immediately, either by using a dryer or heater to increase the temperature around the pipe or by calling a professional plumber.

If you have chimneys in your school or college building, you should inspect them to ensure there is no blockage due to snow during winter months. While a functioning chimney provides several benefits, a blocked chimney could lead to many potential dangers, including fires and carbon monoxide poisoning.

Snow and ice often block chimney vents, which can even incur the risk of a fire that will damage the building and also pose a serious risk to students and staff inside the facility. You would detect a chimney fire through the following signs:

This is why you should inspect and clear out blocked chimneys during the winter months to ensure the safety of your school building and its occupants.

Given how susceptible a building is during the harsh winter months of South Alabama, it is important that schools and colleges prepare a winter checklist for maintenance. Otherwise, they will not only pose a risk to their students and staff but also incur high costs for potential repairs and replacement in the long run.

If your school or college building has suffered water damage, which is a real possibility during winter, you should immediately get in touch with 911 Restoration of South Alabama. They have a quick emergency response time of just 45 minutes and will contain the damage before it escalates further. This restoration company will also deal with any fire or mold damage.